Law 15 shall apply subject to the following
6.1 No Collusion
Law 15 provides an option to the captain of the batting team only, and it is not the intention that any declaration or forfeiture should become the subject of an agreement between teams, officials, captains or players.
If the Umpires have grounds for thinking that any such agreement has taken place, they shall immediately report accordingly to HCA. If HCA decides to carry out an investigation, it will conduct such enquiries as it sees fit, and invite submissions about the match or the conduct of either captain or any player, and will give the opportunity to be heard to interested parties, including representatives of both teams involved.
6.2 No team shall be allowed to declare its first innings closed until at least one hour of play has elapsed since the start of that innings.
7. SCORING REQUIREMENTS
Matches must be submitted via CricHQ by 10.00am the following morning. This includes the result of the first day by 10.00am the morning following the close of play on Day 1. This is inclusive of the match scorecard and captain’s reports. Failing to submit a CricHQ result will result in a $150 club fine or 4-point deduction. Failing to enter a captain’s report will be a $150 club fine. 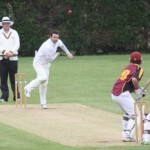 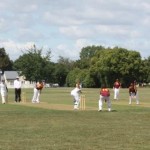