Except as modified hereunder the NZC First Class Playing Conditions for cricket in New Zealand shall apply in all G.S. Hampton Cup matches.
1. THE COMPETITION
The competition will comprise a series of two-day matches. The top two teams at the end of the round robin series will then play a two-day final.
If two or more teams are equal on points at the completion of the series of matches, the winner will be decided by:
(a) the most outright wins; or
(b) if still equal, then by the higher net average per wicket. A team’s net average per wicket is calculated by deducting from the average runs per wicket scored by the team throughout the series, the average runs per wicket scored against the team throughout the series.
2. THE SCORING OF POINTS
Points shall be scored in two-day matches as follows:
• Outright win (6)
• Tie when both teams have completed two innings (3)
• Win on the first innings (points to be retained no matter final result) (4)
• Tie on first innings (points to be retained no matter final result) (2)
• Drawn match when first innings result cannot be achieved or the match is abandoned without a ball being bowled. (3)
Bonus points (applies to the first innings of two day games only)
• .10 per 10 runs to 250 runs only i.e. maximum bonus points will be: 2.5 points
• .25 per wicket i.e. maximum bonus points will be: 2.5 points
Note: If play is not possible on Day One then the match will proceed as a single innings game (not limited overs) on Day Two. The points for a first innings lead, tie, or draw will apply as well as bonus points.
3. LAW 2- THE UMPIRES
3.1 Light
Normally, play should continue regardless of the state of the light, but Umpires are empowered to enforce Law 2.7 and 2.8 if they deem it necessary.
4. LAW 4 – THE BALL
First Class Playing Condition 4 shall not apply and shall be replaced by:
Red Kookaburra 156g Regulation, Club Match or Senator cricket balls, as approved by the HCA, will be used in all matches.
The Umpires shall retain possession of the match balls throughout the duration of the match when play is not actually taking place. During play Umpires shall periodically and irregularly inspect the condition of the balls and shall retain possession of them at the fall of a wicket, a drinks interval, or any other disruption in play.
The captain of the fielding side may request a new ball at the completion of 85 overs.
5. HOURS OF PLAY FOR TWO-DAY MATCHES
5.1 Hours of play for two-day matches shall be as follows:
Both days 10.30am to 5.15pm
On the second day by mutual agreement the Captains may cease play one hour earlier provided there is no possibility of a result.
5.2 Intervals for two-day matches:
a) Lunch 12.30pm to 1.00pm
An early lunch may be taken if bad weather prevents play in the morning session, subject to the agreement of the Umpires.
b) Tea 3.00pm to 3.15pm
These times may be varied in the event of bad weather, subject to the approval of the Umpires.
5.3 Play shall continue on each day until the completion of a minimum number of overs or until the scheduled cessation time, whichever is the later, but provided that play shall not continue for more than 30 minutes beyond the scheduled or rescheduled close of play [permitted overtime].
Any overs not completed by the permitted overtime will be lost and cannot be made up on Day 2. The initial minimum number of overs to be completed on any day (unless there is an interruption to play) is 90. This is calculated at 15 overs per hour.
The minimum number of overs per day shall be reduced by three overs for each break between innings. However, there is no reduction if the break between innings coincides with a lunch or tea interval.
5.4 If play is suspended, the minimum number of overs to be bowled in the day shall be calculated on whichever of the following two bases produces the greatest number of overs.
Either one over for each full 4 minutes playing time remaining until the scheduled time for close of play, or
The minimum number of overs agreed for the day, less the number of overs already bowled and less all allowances for suspension of play.
5.5 On the last day 15 overs must be bowled in the last hour.
The start of the last hour may be delayed so that it commences when 15 of the agreed minimum overs remain to be bowled.
5.6 Extension of play
The hours may be extended on either day to make up for lost time in a day’s play because of light, weather, or any other unavoidable circumstances. Notwithstanding this, play must not be scheduled to go beyond 6pm.
When the hours of play per day are extended beyond the usual 6 hours the minimum number of overs per day will increase by one over for every full 4 minutes of extra playing time (i.e. 15 overs per hour).
6 LAW 15 - DECLARATION AND FORFEITURE

Law 15 shall apply subject to the following
6.1 No Collusion
Law 15 provides an option to the captain of the batting team only, and it is not the intention that any declaration or forfeiture should become the subject of an agreement between teams, officials, captains or players.
If the Umpires have grounds for thinking that any such agreement has taken place, they shall immediately report accordingly to HCA. If HCA decides to carry out an investigation, it will conduct such enquiries as it sees fit, and invite submissions about the match or the conduct of either captain or any player, and will give the opportunity to be heard to interested parties, including representatives of both teams involved.
6.2 No team shall be allowed to declare its first innings closed until at least one hour of play has elapsed since the start of that innings.
7. SCORING REQUIREMENTS
Matches must be submitted via CricHQ by 10.00am the following morning. This is inclusive of the match scorecard and captain’s reports. Failing to submit a CricHQ result will result in a $150 club fine or 4-point deduction. Failing to enter a captain’s report will be a $150 club fine. (Captain’s Reports are only required if an official umpire is appointed.) 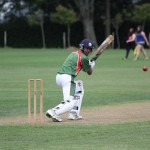 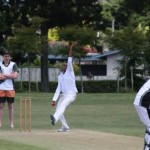