1. Hours and Format
• Hours of play shall be Thursdays 4.15pm to 7.05pm for all matches.
• There shall be one interval not exceeding 10 minutes between innings.
• The first innings shall take no longer than 1 hours, 20 minutes to be completed.
• In all games, each innings shall consist of 20 overs, weather permitting.
• There must be a minimum of 5 overs available in each innings to constitute a match.
• There may be one drinks break in each innings, however players will not leave the field and it will last no longer than three minutes.

3. Points and Placings
• The points received by each team shall be as follows:
- Win: 4 points (includes being on the receiving end of a default)
- Tie: 2 points
- No Result: 2 points
- Loss: 0 points
- Default: -4 points
• Where teams have the same number of points, placings will be decided on net run rate. The points table will be available on the HCA website and CricHQ throughout the competition.
• When scores are tied in the finals, the winner shall be determined by the following:
- The team scoring more runs per wicket lost will advance.
- Where runs-per-wicket are equal, the team scoring its runs at a faster rate per over batted will advance.
- If the teams are still equal, then the competition will be shared.
- If the final is cancelled or abandoned with no result, the competition will be shared.

4. Equipment
• Red, two-piece, 156-gram Kookaburra balls of good standard must be used.
• Neatness and uniformity of clothing are an essential requirement.
• Protective gear is required:
- It is mandatory that all batsmen wear helmets.
- All wicket-keepers must wear approved full-face helmets when standing up to the wickets.

5. Bowling
• No bowler may bowl more than 4 overs, or more than one-fifth of the total overs in a rain-shortened innings.
• In a match where an innings is shortened and the new total overs is not divisible by five, one additional over shall be allowed to the minimum number of bowlers. (E.g. in a 7-over match, two bowlers may have a maximum of two overs, and the remaining bowlers will have a maximum of one.)

6. No-balls
• A bowler shall be allowed to bowl one fast short-pitched delivery per over. A fast short-pitched delivery is defined as a ball which passes or would have passed above the shoulder height of the striker standing upright at the popping crease.
• Any fast short-pitched delivery that passes above head height of the batsman will be called as a wide ball, and will also count as the one short-pitched delivery for the over.
• If the bowler bowls more than one fast short-pitched deliveries in an over, the bowler’s end umpire shall call and signal no-ball irrespective of height.
• If a full-pitched ball, irrespective of pace, passes or would have passed on the full above waist height of a batsman standing in their normal stance at the crease, the umpire shall call and signal no-ball.
• Any ball which bounces more than once between the popping creases shall be called no-ball.
• The delivery following any no-ball shall be a free hit for whichever batsman is facing it. If the delivery for the free hit is not a legitimate delivery (any kind of no-ball or wide ball) then the next delivery will be a free hit for whichever batsman is facing it.
• For any free hit, the striker can be dismissed only under the circumstances that apply for a no-ball, even if the delivery for the free hit is called a wide.
• Neither field changes nor the exchange of individuals between fielding positions are permitted for free hit deliveries unless
a) there is a change of striker, or
b) the no-ball was the result of a fielding restriction breach, in which case the field may be changed to the extent of correcting the breach

8. Dead Ball
• Dead ball will be signalled if, in the opinion of the umpire, a delivery has deviated off the edge of an artificial pitch edge or similar cause. No run or wide shall be credited, and the ball will be re-bowled.

10. Rain Rule
• Play will not commence in rain, and if players should leave the field after the start of play because of rain, play will not recommence until the rain has stopped or both captains agree to play on. There should not be any pressure placed on captains to continue playing in rain. Player welfare must come first.
• When the match is halted due to rain during the first innings, one over will be lost from each innings for every eight minutes lost. If rain halts play during the second innings, overs will be lost at one over every four minutes.
• If rain prevents each team from having a minimum of 5 overs available to them, the match will be called a No Result.
• If, due to suspension of play after the start of the match, the number of overs in the innings of either team has to be revised to a lesser number than originally allotted then a revised target score (to win) will be set for the number of overs which the team batting second will have the opportunity of facing – this revised target is calculated by the Duckworth-Lewis/Stern method. This is available through the CricHQ scoring platform.
• If a match is abandoned before it reaches a conclusion, but after the team batting second has reached 5 overs, the result will be decided by the Duckworth-Lewis/Stern method. This is available through the CricHQ scoring platform.
• In the event that Duckworth-Lewis-Stern is unavailable, the New Zealand Cricket Secondary School Boys’ First XI Cup rule shall apply:
- To calculate the target score for team two in a weather-affected match the target will be the average run rate per over of team one multiplied by the numbers available to team two plus one run. E.g. The average run rate per over of team one was 8, and there are 13 overs available for term two to bat. The calculation would be 8 x 13 + 1 = target score for team two of 105 runs.

11. Scoring
• Results must be submitted via CricHQ. The team named first on the draw is required to do this.
• Scorebooks or tablets are to be scrupulously maintained with full names written and cross-checked by both teams. Scorers should receive training in this to ensure accuracy. 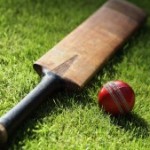