March 2021 has seen the limited overs finals for all four Hamilton Cricket Grades. Congratulations to Hamilton Old Boys and Melville for both picking up two wins each in the finals to claim silverware this season.

Hamilton Old Boys posted 234/8 in the first innings with experienced cricketers Brook Hatwell (50) and Anurag Verma (64) making half centuries. Mitchell Bailey (2/36 off 10) and Andrew McLean (3/50) off 10 the best of the Marist bowlers.

In reply Marist weren’t able to build any significant partnerships due to the tight bowling and fielding of Old Boys. 3 wickets by Jitender singh and 3 run outs stifiled any chance of Marist getting close to the Old Boys score to be bowled out for 133.

Marist Suburbs elected to bowl first after winning the toss against Melville.  Nick Shoston strike early and the Melville opener Gorby Rejie (2) lost his wicket on the second over. Melville struggled against the Marist seamers and managed to score only 30 in the first power play and lost K Vargesese’s wickets on the 11th over. Marist bowling attack started to dominate the second power play but a steady partnership (40) from Vishnu Nair and Midhun KL started to give some hopes to Melville middle order. But Midhun KL (19) lost his wicket to Gurjot Rai. Marist tried to turned the opportunity to their favour but the great knock from the two lefties Vishnu Nair and Tarik Alam (89 partnership) made Melville to reach 150 in 33rd over. Tarik (35) gave his wicket to Raymond Otim and Captain Ronnie Kurian took the crease. Melville reached 250 in 45th overs with a marvellous partnership of 89 runs from Vishnu Nair and Ronnie Kurian (62*). Vishnu (100) scored his ton on 45th over and gave away his wicket to Nick Shoston. Another quick fire from Nithin Joseph (30) helped Melville to reach 300.

Marist started their second innings with a positive attitude and dominated the first session (70/3 from 18 overs). The middle order batsmen Mitch Bailey and Matthew Missen displayed some excellent batting and helped Marist to reach 150 in 30th over. When Bailey (58) fell LBW for Fabian Pathirana, Melville sensed a change in fortunes and turned that energy into wickets, claiming another 3 wickets by Ronnie Kurian. With runs starting to dry up for Marist Raymond Otim(24) tried to take the Marist over the line but a stunning catch from Anand Sharma shut the door for Marist’s hope. Melville claimed the title by getting Marist all out for 235

Contributions from all of the top 6 of the Melville batting order lead the way for the team in compiling 206 in the first innings. Top scoring for Melville was Jose Geervarghese with 32. In reply there was no answer for the opening bowlers of Melville. Anand Sasidharan (6/24) and Bipin Raju (3/20) doing the damage against the Old Boys batting lineup dismissing the rebels for 68 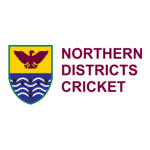 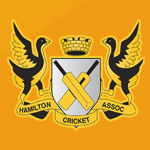