These contracts will last for the next 12 months, including for the 2017-18 home summer where New Zealand will host the West Indies, Pakistan, Australia and England. 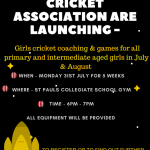