The Hamilton Cricket Association AGM for 2018 will be held 9th July 2018 at the HCA offices at the Waikato University.

Nominations for Executive members can be made on the attached Nomination Form.

Only Clubs and Schools within the Hamilton Cricket boundaries may submit nominations for the Executive Board.

Completed Nomination Forms must be returned to the Hamilton Cricket Association by 5pm on Thursday the 28th June 2018.

Completed Nomination Forms should be returned to:

Nominees must sign the nomination form to confirm that they accept nomination. Nominees must also provide a brief biography, of no more than 100 words, along with the completed Nomination Form.  The biographies will be circulated to the Members prior to the AGM.

Incumbent board, as appointed at the 2017 AGM have automatic nomination.

Nomination Forms received after 5pm on Thursday the 28th June 2018 will be invalid. 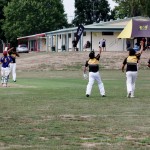 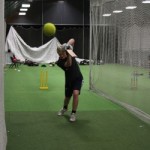