The girls all began to form a good bond on the bus trip north, and a strong team spirit was clearly forming. We arrived in Kaipara to play Bay of Plenty in our first game. Olivia McLennan won the toss and we chose to bat first in a 20-over game.

Carys Aveyard, and Kate Stephens (one of those new to hard-ball cricket) opened the batting. We got through our 20 overs to score 64-6, with Carys the top-scorer with 18.

In the field the nerves were definitely there for a bowling pack who didn’t have much cricket under their belts – but there were a few standouts, including Lauren Black with 0-10 off three overs, Tabitha Thomson taking 1-5 off two overs in her first hard-ball tournament, and Becky Dudson going for just 11 off her three overs in her first game, Jenna Durran-Wolff also claiming 0-9 from two in a tidy spell.

In the end Bay of Plenty batted through to 72-3 off their 20 overs.

Game two was against Northland on the Sunday afternoon. Olivia again won the toss and elected to bowl first on what was fast becoming a hot afternoon. We couldn’t get the start we were looking for as Northland went about their business, punishing our inexperienced bowling attack in a 16-over game.

At the half-way stage, Northland were at 76 without losing a wicket; their two openers retired for 33 and 60. In the end, they made their way to 139 – a daunting task for our team. There were a couple of highlights in the field, with Molly Fox going for just 10 off her three overs, and a ripper run-out from Becky Dudson, who reacted quickly from her bowling to whip the bails off.

We shuffled the batting order a bit to give everyone a chance, and Carys now had a new opening partner in Katrina Wallace, who showed some good grit and determination to hang in against very good bowlers.

After Carys and Lauren departed in quick succession the writing looked on the wall for the girls, but with Katrina eventually retiring unbeaten and Molly forming a good partnership with Olivia, we battled to 56-3 off our 16 overs.

The fight and determination shown against a very strong Northland team was really pleasing, and our girls rose to the challenging of facing a very good side.

On Monday we took on Counties Manukau in a 20-over game. Olivia continued her dominating form at the coin-toss, winning for a third time in a row and choosing to have a bat first.

We again switched around the opening partnership, with Kate returning to the top of the order and Molly joining her. We lost Kate in the third over, bringing captain Olivia to the crease – meaning she and Molly could continue their excellent partnership from the day before.

Molly looked in good touch only to be beaten by an absolute beaut that swung and clipped leg stump. Olivia wasn’t fazed, however, and raced to a run-a-ball 25 before retiring to give the rest of the team a chance to have a hit.

Other good contributions came from Tabitha, who ground her way to five not-out off 29 balls to keep out some good bowlers; our other Olivia – Olivia McDonald – scored a well-compiled nine not-out which pushed us to 76-6 off our 20 overs.

We went into the field full of optimism about our bowling and fielding, but the two games from Sunday clearly took its toll, with a tiring bowling line-up letting Counties pass our score in the 15th over.

They batted out their overs, finishing on 127-2. Molly was again good with the new ball, with 1-20 off her three overs, and a mention has to go to Kate who picked up her first wicket.

It was a great experience for our young Hamilton side, and watching how the other girls went about their cricket is sure to be a good model for our girls to aspire to.

Our girls were superb throughout the two days away, and were not only a pleasure to coach but also to be on tour with. A great reflection on our team and on Hamilton Cricket – as people at our motel said to me, they were the nicest bunch of girls, so polite and courteous, and they’d never heard such good manners.

Well done girls on a great couple of days away!

Big thanks must go to Lorraine Fox who came in as manager at short notice, and took some stellar photos during the trip.

It was a great tournament, and I look forward to continuing to work with our group who have the talent to be very good cricketers in the future. 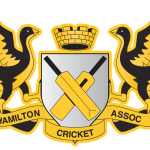