Spark Business Melville came out trumps over Marist Suburbs by one run to secure the I.H. Bailey Cup for 2019/2020 in a match which had everything. Upon winning the toss Melville elected to bowl first in the warm conditions.

Melville struggled to find wickets early on as Marist openers Jeremy Prasad (37) and Sean Mulcahy (38) raced to 59-0 in the powerplay. Vishnu Nair had Mulcahy caught in the 9th over to break the opening partnership on 71, before Vijay Khobchandani (1-13) struck again in the 10th over to remove Raymond Otim for just 3. Marist still looked in decent shape sitting on 77-2 with 10 overs remaining. In the 14th over, opener Jeremy Prasad was caught and bowled by Ronnie Kurian which sparked some life into the Melville supporters. Melville turned that energy into wickets, caliming another 3 as Marist runs dried up without a single boundary in the last nine overs of the game to finish the innings 119-6, Khobchandani, Kurian and G Thomas the stand out bowlers in the later overs.

Melville’s openers took to the crease with their tails high which was short lived as Marist came out firing, taking two quick wickets, stunning Melville who were now 5-2 off 2.1 overs. All rounder Nair steadied the ship for Melville with a great knock of 42 (34 balls) before being bowled by Otim in the 16th over, Melville 87-6. Melville required 32 runs from 24 balls and found a hero in Anand Sharma (24* from 17 balls). Batting at number 8, Sharma took Melville all the way to the final delivery needing one from one. With the Marist fielders all in tight, Sharma pushed the ball through cover and together with Thomas completed the winning single as Gallagher Melville claimed the title. 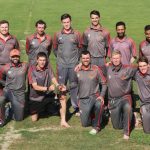 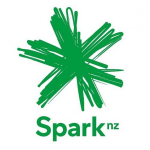